3 Tue 10.15 A.M
Boat Club
No.2, 3rd Avenue
Boat Club Road, R.A. Puram
Chennai 600 028
Creative Arts: A TherapeuticPerspective
Tarana Khatri is a licensed Dance Movement Psychotherapist and Counselling Psychologist. She is the co-founder of Synchrony and director of Horizon Therapy Centre. She works towards spreading awareness of creative arts therapy through one on one and group sessions, training and workshops.
Tarana will introduce our members to Creative Arts Therapy and will give an insight into the way it works. The session will include a small experiential segment that will allow the members to explore Dance/Movement Therapy in a fun and interactive manner.
Please join us for a peep into this interesting perspective of art.

5 Thu 10.15 A.M
Hanu Reddy Residences
39/18 Binny Road
Poes Garden
Chennai 600 086
Pumpkin Tales - Behind Every Successful Woman
International Chef Chindi Vardarajulu along with Bhuvaneswari &  Rajarajeswari are empowering women with their all-women run restaurant & bakery Pumpkin Tales.
Their delicious menu, made up of nutritious meals and comfort food is a success using only the finest ingredients and baking methods.
Join this empowering ensemble of ladies as they reveal a secret or two on their successful business.

10 Tue 10.15 A.M
E Hotel
Gate No. 1 Express Avenue Mall,
Patullos Road
Chennai 600 002
Moko Kahaan Dhoondhe Re Bande?Journeys in Search of the Self
A Performance-Lecture
Shabnam Virmani will share the voices of Kabir and other mystics through conversation and songs, exploring their radical and biting critique of religion, identity, nation and gender, together with their deeply felt reverence and quest for the sacred.
Shabnam is a filmmaker, singer and artist in residence at the Srishti Institute of Art, Bangalore. Stung by the religious riots of Gujarat in 2002, she initiated the Kabir Project - journeys in quest of the 15th century mystic Kabir, exploring how his poetry intersects with ideas of identity, religion, nationalism, impermanence and orality.The work of the Kabir Project was given the Sadbhavana Award in June 2017 for contributing to inter-faith understanding in the country.Shabnam’s film Kabira Khada Bazaar Mein won the Special Jury Prize at the 52nd National Awards in 2010.
Inspired by the inclusive spirit of folk music, Shabnam will be playing the 5-stringed tambura herself and performing a wide repertoire of folk songs of Kabir.

13 Fri 10.15 A.M
E Hotel
Gate No. 1 Express Avenue Mall,
Patullos Road
Chennai 600 002
“Idea of India”
“No other spot in all the world can touch your heart as home; let
fortune bless or fortune curse, from hence you shall not roam.”
– Vorosmarty Mihaly
India as “home” evokes many different concepts in one’s mind. With so many disparate views, it begs the question: What is India? Who and what shape the country that 1.3 billion people call home? Through history and especially since 1947, many competing understandings of India have animated public discussion and politics. Each of thesepersp ectives has consequences for our lives and futures. This talk embraces history, politics, culture, nationalism and power in its overview of this first-order question about citizenship.
Swarna Rajagopalan is a political scientist by training and a writer.Nationalism and citizenship are questions to which her work, as a scholar and an activist, returns constantly. She writes for the media on these and other topics. She is the founder of The Prajnya Trust, a Chennai-based non-profit working in the areas of gender equality and peace. She is also a founding member of the Women’s Regional Network.

17 Tue 10.15 A.M
The Folly, Amethyst
Whites Road
Next to Corporation Bank
Royapettah, Chennai 600 014
Tummy Talk!!!
Life style changes, fad foods and lack of physical activities have triggered a wide range of gastrointestinal tract disorders.
Padmashree Dr. K.R. Palaniswamy is a senior Consultant - Gastroenterology Department head - Apollo Hospitals and Director of WGOF (World Gastroenterology Organisation Foundation) and the founder, professor and head of Department of Gastroenterology at Stanley Medical College 1986-2000. He also served as President for Indian Society of Gastroenterology (ISG) and President of Society of gastrointestinal Endoscopy India (SGEI). He has received several Lifetime Achievement Awards.
Join us as Dr. Palaniswamy talks a bout the importance of  screening Colonoscopy and the importance of understanding the digestive  disorders such as acid reflux, bloating, irritable bowel  syndrome,fatty liver etc which we all experience sometime or the other. He will promote awareness and remedies through his talk- “The more you know, the less you need to show” Awareness is the key.

19 Thu 10.15 A.M
The Folly, Amethyst
Whites Road
Next to Corporation Bank
Royapettah, Chennai 600 014
No drama, Just Theatre
Dushyanth Gunashekhar, left a career in finance and audit and pursued his passion of creating a deeper understanding of history among children. Today he is the Founder and Creative Head of city based theatre repository and education organization for performing arts CREA – SHAKTHI.Author of the book “No Drama Just Theatre” Dushyanth, the talented son of IWA’s own member Padma Gunashekhar; has compiled  plays on world history for classroom learning to get students interested in the study of past events.
Dushyanth’s team will enact a short skit for IWA loosely based on a historical personality who remains uncelebrated – Thillaiyadi Valliamma, a young girl martyred at the age of 16 who greatly influenced the thinking of Mahatma Gandhi in many ways, including the idea of the use of the tri-color in our National Flag.
Join us, as Dushyanth takes the discussion forward on what he does to marry performing arts with history to make an impact on education.
Please note: This is a programme presented by our IWA Next Gen.

25 Wed 10.15 A.M
Crowne Plaza Chennai
Adyar Park
132, TTK Road, Alwarpet
Chennai 600 018
If we could see the miracle of a single flower,
Our whole lives would change. - Buddha
32 years ago, seven visionary ladies - Nirmal Seshadri, Nancy Dean, Lakshmi Padmanabhan, Saroja Ramamrutham, Sunita Shahaney, Anneliese Hazari and Reva Singh envisaged an idea that lay the seeds of IWA.Do join us to pay tribute to our founding members and Past Presidents who have been the building blocks that have nurtured IWA to bloom to an organization built on cultural diversity, friendship and unity.
We look forward to seeing you dressed in your Floral best for a morning of celebration followed by lunch.
This is a members only meeting. 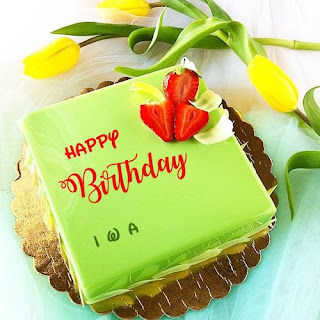 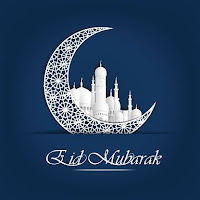 27 Fri 11.30 A.M
The Folly, Amethyst
Whites Road
Next to Corporation Bank
Royapettah, Chennai 600 014
“Eid Milan “
‘As Salaam alaykum’
We invite you to join us for our blessed ‘Eid’ celebrations.
“Eid- ul- Fitr” means the “the Festivity to break the fast” and symbolizes the end of the fasting month of Ramadaan. May this Eid bring us together once again to share our love; strengthen our bonds of friendship and remind us to give praise for all our graces and bounties.
Please Note: This is a Members only meeting

Happy New Year and Happy Pongal from all of us on the committee!We had so much fun at our “Merry Little Christmas Party,” and we would like to thank all the members for participating in the festivities. Christmas songs will now pale in comparison to our variations and renditions!

A familiar New Year’s tradition is creating intentions to improve ourselves, also known as the New Year’s Resolution. The most common resolution relates to health. Did you know that many studies are expounding on the benefits of friendship upon health? Perhaps that means attending IWA meetings are beneficial to our health.

We start 2020 with our “Welcome Back Get-Together,” a chance to catch up after the holidays and become healthier.

This month, we aim to release the updated version of the IWA telephone directory. It will be available for purchase during IWA meetings.

We hope you enjoyed the meetings in 2019. Many more fascinating events are coming up in 2020.

Its heartening to note that more and more members are using the blog.You can even comment about the blog or the meetings in the comments section.

Go Digital and use the electronic medium to the fullest.